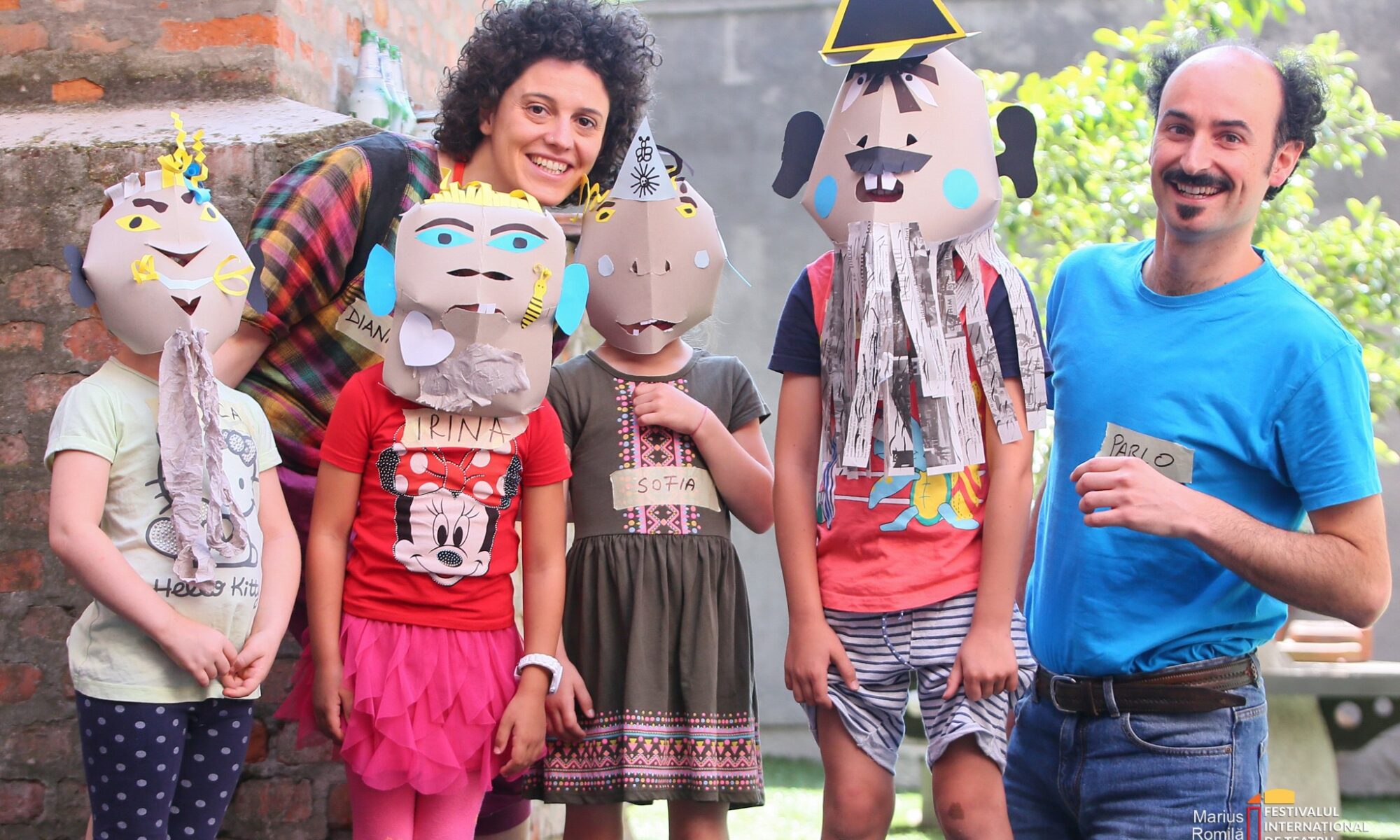 In Italy, he specialised in Commedia dell’Arte, doing different workshops by Claudia CONTIN and Ferruccio MERISI, and later delved into this theatrical language during the Scuola Sperimentale dell’Attore in Pordenone. He took part in a workshop held by Thomas RICHARDS and Mario BIAGINI in the “Summer Intensive Program” of the Workcenter Jerzy Grotowski and Thomas Richards (Pontedera).

He worked with the companies Baal Teatro (Avellino), Amethéa 24°/7° coordinating the artistic work of an artistic residency project in Salento (Italy).

He started a creative mask manufacturing project with the application of papier-mache, cardboard, fabrics and thermoplastic with Juan A. DE LA PLAZA, Marion EVEN, Alban LEBRUN, Stéphane ALBERICI and Loïc NEBREDA.

Carries out international educational projects in Turkey, Portugal and Iran through masks and theater with the aim of exploring the creative possibilities of different materials in connection with the territory and culture of the place.

His publications: “Laboratorio teatrale coi bambini della Grecìa Salentina”, an article about the laboratory experience on the minority Grika language carried out with a group of children from the primary school of Grecìa Salentina (Puglia-Italy) and included in the book “Raccontare la Grecìa”, by G. AZZARONI and M. CASARI, edited by Kurumuny, who is also the illustrator of the cover design.

Participated in the Commedia dell’Arte workshops led by Claudia CONTIN and Ferruccio MERISI of the Scuola Sperimentale dell’Attore in Pordenone and in the Michele MONETTA courses of the ICRA in Naples, professor of “Mime and Masks” at the Academia Silvio D’Amico of Rome.

Also participated in the voice seminars led by Francesca DELLA MONICA from the Verdastro/Della Monica company in Florence and Zygmunt MOLIK from the Grotowski Teatr Laboratorium. Her training process continues with the teachers of the Società Raffaello Sanzio of Cesena and the Teatro delle Albe of Ravenna.

Within the social theater, she takes part in the workshops of Antonio VIGANÒ and Enzo TOMA and follows the courses of Stefano MASOTTI of the Gli Amici di Luca company in Bologna.

She participated in the international dance workshop directed by Augusto OMOLÙ of the Odin Teatret and by the teachers of the Institute of Contemporary Dance FOLKWANG-Universität der Künste Essen, as well as workshops on Mediterranean folk dances by Maristella MARTELLA from the TarantArte company.

She specialises in the collaborative creation and management of theatre and cultural projects, and worked at the Theater “A. Testoni” in Casalecchio di Reno (Italy) and the Theater “Cuarta Pared” of Madrid (Spain) deepening the communication and promotion aspect of performances and companies belonging to independent theatrical programs.

She collaborates as an actress and pedagogue with the Italian companies Astragali Teatro (Lecce), Baal Teatro (Avellino) and Amethéa 24°/7° (Salento).

In 2014 she coordinated the cultural project Il Griko tra Antropologia e Teatro financed by the Puglia Region in collaboration with the Dipartimento delle Arti of the University of Bologna (Italy).

Her publications: “I Passiuna tu Christù, rito e teatro di una cantica popolare della Grecìa Salentina” in the study journal Anthropology and Theater of the University of Bologna (Italy); “Teatro h24” in the artistic residency experience of the Amethéa 24°/7° group at the Zollino (Lecce-Italy), and included in the book “Raccontare la Grecìa”, by G. AZZARONI and M. CASARI and edited by Kurumuny.