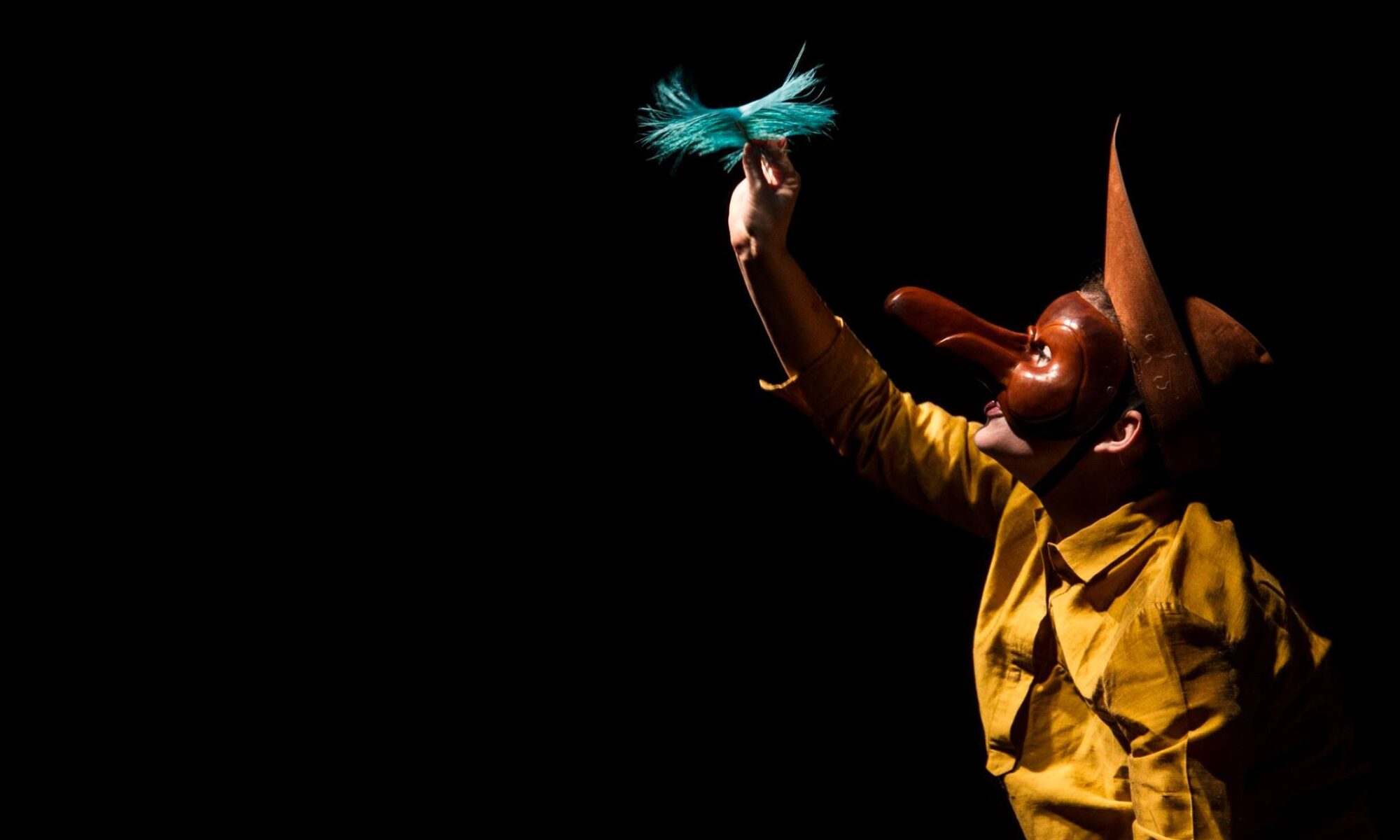 A Feather into the Wind is a Commedia dell’Arte play created in 2015. Since then it has been performed in numerous schools and programmed in festivals and international programs because of its extraordinary ability to express, through the precise knowledge of expressive codes, the liveliness and colours of the suggestive world of Commedia dell’Arte masks.

A Feather into the Wind tells the story of a foreigner and the mess created by his presumed arrival in a small village in Southern Europe. Ancient prejudices against the strangers, and all that is “different“ in a small community accustomed to its rules emerged in a never-ending successions of actions and gags that involve two families: the Flandonis, wealthy and tranquil lovers, and the Gasparis, humble immigrants settled after years of travels in the wake of a feather. In the end, will it be possible to accept, respect, and live with the differences? Someone may keep on hiding behind his own beliefs, blind and firm in a changing world, but someone else may not stop believing in and pursuing his dreams.

The dramaturgy is not fixed but assumes a structure that allows actors to improvise within different performing spaces, enriched with details, actions, reactions, always keeping a clear structure. In a particular way, this is a comic, vital and dynamic performance.